Gholnecsar (Gholdy) Muhammad began her career as a reading, language arts and social studies middle school teacher. After teaching in the classroom, she served as a school district curriculum director and was responsible for K-12 literacy instruction, assessments and professional development.

Muhammad received her Ph.D. in Literacy, Language and Culture at the University of Illinois at Chicago. Her research interests are situated in the historical foundations of literacy development and the writing practices among Black communities. Each year she holds a summer literacy institute with Black girls called, Black Girls WRITE!, which reflects literacy practices found in 19th-century African American literary societies. Her work has appeared in numerous books and journals, including Research in the Teaching of English, Urban Education, Journal of Adolescent and Adult Literacy and Written Communication.

She is currently an associate professor of Language and Literacy at Georgia State University. Additionally, she serves as the director of the Urban Literacy Collaborative and Clinic. She strives to shape the national conversation for educating youth who have been underserved. She works with teachers and young people across the United States and South Africa in best practices in culturally responsive instruction. She also served as a school board president and continues to work collaboratively with local schools across communities in the Atlanta area.

She is the 2014 recipient of the National Council of Teachers of English, Promising New Researcher Award, the 2015 NCTE Alan C. Purves Award, the 2016 NCTE CEE Janet Emig awardee and the 2017 Georgia State University Urban Education Research Awardee. She was awarded the 2018 University of Illinois- Chicago, Researcher of the Year and was granted $750,000 by the U.S. Department of Education to study culturally and historically responsive literacy in STEM classrooms. Her book entitled, “Cultivating Genius: An Equity Framework for Culturally and Historically Responsive Literacy” was released in 2020.

Author of Cultivating Genius: An Equity Model for Culturally and Historically Responsive Literacy 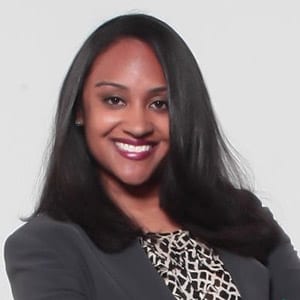