Gary E. Bingham is a Professor in the Department of Early Childhood and Elementary Education and the Director of the Urban Child Study Center (UCSC) in the College of Education & Human Development. He is also a governing board member of the Institute of Education Sciences (IES) Southeast Regional Education Laboratory (REL-Southeast) and a steering committee member of the Board of Regents Research on the Challenges of Acquiring Language and Literacy (RCALL) Initiative. Bingham is a former preschool teacher who received his Ph.D. in child development and family studies from Purdue University in 2002 with an emphasis in developmental studies.

Bingham’s scholarship examines home and school factors that contribute to culturally and linguistically diverse children’s learning and development. Specifically, he seeks to develop and tests research-informed approaches for supporting preservice and in-service teachers’ implementation of emotionally and instructionally sensitive pedagogical practices designed to promote children’s literacy development and academic achievement. A central focus of this research is designing developmentally appropriate, meaningful, culturally relevant and intentional literacy experiences for children who have been historically marginalized and underserved. Foundational to this work is the development, validation and utilization of literacy assessments (particularly early writing) that support teachers’ instructional decision making.

Bingham’s expertise is situated within quantitative methodologies and he has experience running large-scale, multi-state research projects. Utilizing a research-practice partnership model, his scholarship seeks to leverage research findings in a manner that supports the needs of the local community and educational partners while also informing policy and practice at state and federal levels.  Studies span early childhood and elementary education settings. Bingham’s research and scholarly activities have been supported by various organizations, including the U.S. Department of Education’s Institute of Education Sciences, the National Science Foundation, the Annie E. Casey Foundation, the Spencer Foundation and the U.S. Department of Education’s Office of English Language Acquisition. His research is published in high early childhood and language and literacy journals, including Early Childhood Research Quarterly, Reading Research Quarterly, Early Education and Development, Reading and Writing, and Language, and Speech and Hearing Services in Schools. He currently serves on the Editorial Board of the American Education Research Journal, Early Education and Development, and the Reading Teacher. 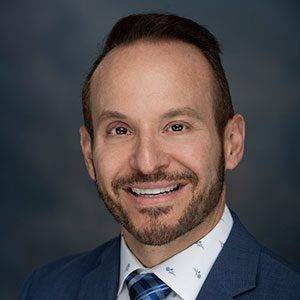