Desire2Move (D2M) is an annual eHealth peer support program that encourages university employees to engage in physical activity. The 8-week team-based competition is delivered digitally via email and mobile apps, so employees are free to participate with their D2M teammates from any location.

Registration for the 9th annual D2M physical activity challenge will open Monday December 6, 2021 and remain open until the start of the program on Monday February 7, 2022. Registration includes completing the online form and creating an account with Strava or MapMyFitness, one of the free mobile apps (or websites) used to track your physical activity minutes during the challenge.

Now, more than ever, it is important for us to be physically active. Physical activity is an effective way to manage symptoms of stress, anxiety, and depression, it improves our immune system, and it can be safely done in many settings. Please consider joining D2M so you can experience the benefits of physical activity in a socially supportive community. If you think your department is up to the challenge, please contact, Dr. Rebecca Ellis, Program Coordinator. 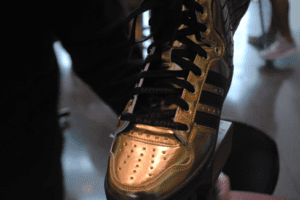 Each department competes as a team and will select a team captain. Each team member logs their physical activity minutes using free mobile apps (or websites) for eight weeks.

The team with the greatest average minutes at the end of the 8-week challenge wins the Golden Shoe Trophy.

How Do I Participate?

Why Should I Participate?

Please visit the D2M YouTube Channel or refer to the written instructions below for step-by-step instructions for getting started with MapMyFitness or Strava.

How to be Active from Home

Check out our latest findings…

This spring, 22 departments and 277 employees participated in the 8th annual Desire2Move (D2M) Physical Activity Challenge. D2M is an 8-week, eHealth, team-based competition during which team members track their minutes of physical activity with mobile apps. The team with the greatest overall average minutes is the winner of the Golden Shoe Trophy. 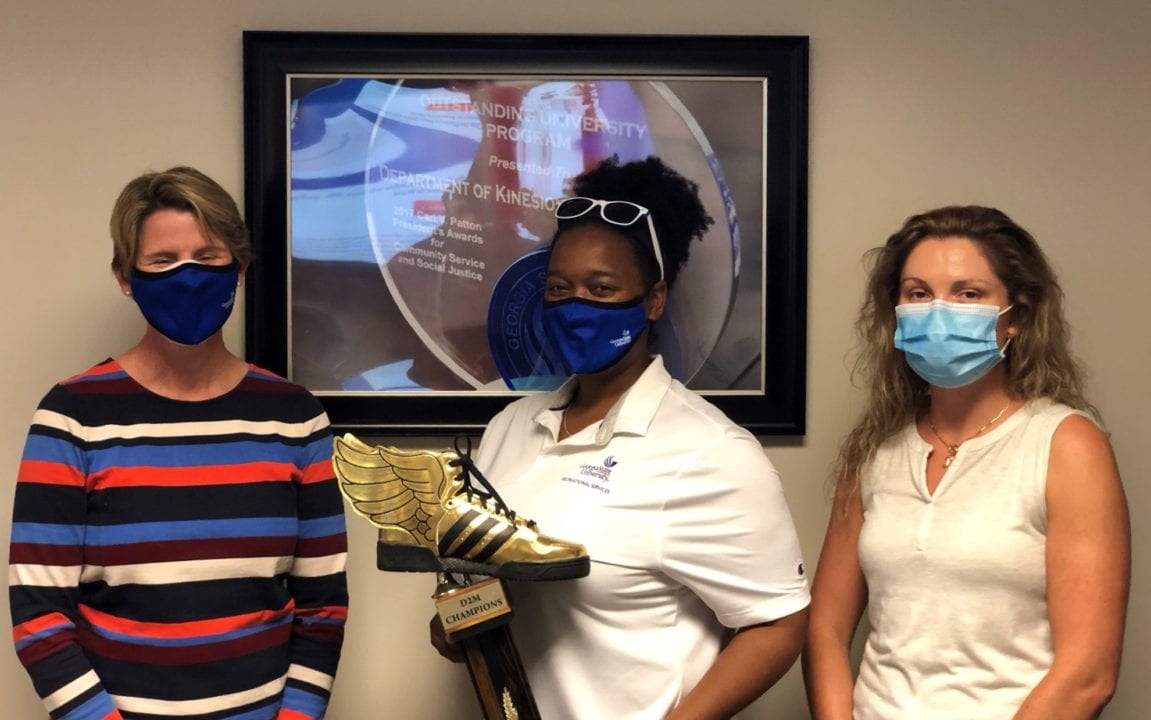 In the first inter-university battle between GSU Kinesiology (Downtown and Perimeter departments) and UWG Kinesiology, team GSU came out on top with 4657 minutes.

We hope everyone stays well and we get to see you in 2022 for the 9th annual D2M Physical Activity Challenge.

Our MVPs each earned a $50 gift card to DICK’S Sporting Goods. We also raffled off seven e-gift cards. The lucky winners were:

*Gordon Warren (Physical Therapy) was the original winner but donated the prize to a graduate assistant. Thank you, Gordon!

Congratulations to the winning team and to all the amazing competitors!

We would also like to thank our student liaisons and health coaches for their hard work and dedication to D2M:

Read our blog for motivation as you go through the eight-week challenge.

Content, components and the name Desire2Move (D2M)© are copyrighted by Rebecca Ellis, Ph.D., 2014.