Are We Teaching Kids to Write All Wrong?

“As you can see, individual differences in writing can be seen as early as kindergarten,” says Cynthia Puranik, associate professor in the College of Education & Human Development. On her computer, she pulls up writing samples from two kindergarteners who were asked to print words that they know. One child manages “hot,” while the second, incredibly, executes “somber, “sarcasum” [sic] and “redundant.”

Despite the achievements of the second child, test results show that most U.S. students struggle to meet grade-level writing standards. Puranik is working to improve children’s performance on the page. She studies the early development of writing skills and how educators can effectively nurture good writers. She received $3 million last year from the U.S. Department of Education’s Institute of Education Sciences to study a writing intervention program she developed in which children help teach one another. We recently spoke with Puranik about the importance of writing and the best way to help children learn to do it well.

Your research focuses on how young children learn to write. How early do these skills begin to develop?

If you think about how babies and toddlers learn to talk, they don’t start speaking in full sentences or even full words. They babble, they coo and then eventually you hear the words come out. That’s also what children do in writing. They make marks and scribbles, and those marks evolve in a linear sequence before they start to conventionally write. Children could start doing this as early as two years old.

And those are skills that all children must learn before they can write?

Yes, we refer to them as concepts of print. Before children learn to write, they need to understand that print conveys meaning, that writing is symbolic, that writing (at least in English) goes from left to right. These are concepts children have to understand before they can put words together to form sentences. Then they use marks and scribbles to convey meaning. Slowly they learn to write the letters of the alphabet, learn letter-sound correspondences and use that knowledge to spell single words.

Very often, children will have grand ideas but they’re not always able to translate that on paper. That’s because children need to be fluent in transcription skills before they can free up enough cognitive resources to be able to convey their ideas on paper. 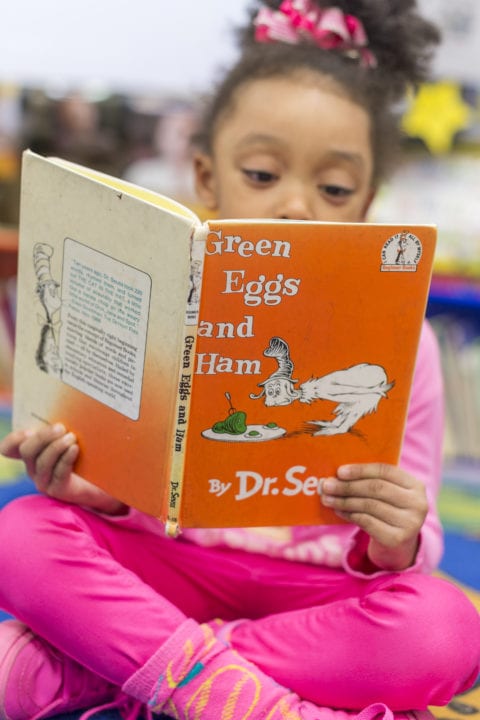 “Teachers sometimes worry that reading will suffer if you dedicate time to writing instruction,” says Puranik. “But I’ve shown in my research that it’s not true.”

How does a better understanding of how writing develops translate to better teaching methods?

For one, learning how writing develops can directly inform what to teach and how to teach writing. Also, by learning more about how these skills develop in typical children, we can better serve children with disabilities. A big factor in learning is motivation. Especially with children who have disabilities, you have to find ways to motivate them, and writing can be very motivational on some level because it comes from within. Writing leaves a lasting record. I can show you something I wrote and say, “I did this!”

We do not have good rubrics for assessing writing quality, even for older children. Reading is easier: It’s clear when children make errors when reading, or when they’re reading too slowly. For writing, teachers don’t always know what to evaluate. Is it the amount the child writes? The complexity of the sentences? Whether they can generate ideas versus regurgitate facts? I and other researchers are continuing to refine methods but it is something that needs a lot more study and definitely needs to be emphasized in teacher training.

You’ve created an instruction method in which children help teach one another to write. How does it work?

It’s called Peer-Assisted Writing Strategies (PAWS). We have preliminary research to show that it’s effective. There are two theories about how children develop writing skills. The first is called cognitive-linguistic theory, which focuses on the skills required to write. The second is grounded in social-cultural theories, and says children learn how to write in social context, where their development is dependent on opportunities to interact with parents, teachers, friends and others.

PAWS was created as a perfect balance of both these theories. It focuses on important transcription skills per the cognitive-linguistic theory. And in keeping with social-cultural theory it includes children working in pairs. It’s designed for a whole classroom, and each child works with a peer. The children take turns being a coach and being a writer, and the coach provides feedback to the writer. It is designed to build something called “metalinguistic awareness.”

What inspired the idea for PAWS?

This idea came from observing college students. Most people who write poorly, even adults, have no idea they write poorly. Part is that they’ve never been given instruction in how to write. And part of it is they have never been taught to look at their own writing with a critical eye. They’ve never developed metalinguistic awareness. Very often I hear even graduate students saying, “Nobody’s ever told me that before. How come nobody ever pointed that out?”

My thought was, why not start building this awareness at the very beginning? You’d be surprised how good children are at finding errors in each other’s work. And by noticing and correcting these errors, it brings about awareness of their own writing.

You mentioned that even college students may not be proficient writers when they arrive on campus. What do test scores reveal about writing proficiency in this country?

Less the a third of children in the U.S. are proficient writers, according to the National Assessment of Educational Progress. Most students are not writing at grade level, and in my experience even graduate students frequently have difficulty writing at the level that is required.

In this country, we’ve concentrated so much on the way we teach reading, but children rarely get instruction in writing. I’m talking about simple academic writing: How to write a persuasive essay, or how to compare and contrast two ideas to make a point. Most students should have these skills by the time they graduate high school, but very often they don’t. It’s why businesses in the U.S. spend something like $3 billion sending their employees to remediation classes for writing.

There is some commonality between the two, and most people who are good writers are also voracious readers. But it’s not always the case. Logically you’d think, “If I’m not a good reader, how can I be a good writer?” However, you might have someone who’s a Pulitzer-winning poet who has dyslexia and has trouble reading.

There’s also some research showing that writing has a facilitative effect on reading, meaning the benefits of writing proficiency transcend to reading proficiency. But the opposite is not always true: reading skill doesn’t always translate to writing skill. Writing needs its own instruction and practice.

Should teachers address reading and writing together?

Yes; these are not discrete skills, yet educators tend to treat them as such. This is true not just for monolingual children but also for bilingual children. Let’s take the example of African-American children who use dialect. There’s a mismatch between spoken language and written language among these children. Oral African-American English (AAE) does not have a written equivalent. Children who speak using an AAE dialect are still expected to write using standard American English.

My colleagues and I showed in a recent study in Child Development that comprehensive literacy (reading and writing) instruction could help address racial disparities in writing. The study looked at the influence of dialect, specifically AAE on writing, and we weren’t surprised to find that the higher a student’s dialect use, the poorer their writing. But if students had high dialect use but were reading at grade level, then their writing tended to be better. So, in case of AAE-speaking students, it appears that reading has a facilitative effect on writing even in the presence of heavy dialect use. Teaching reading and writing in tandem might be one way to bridge the gap between children’s oral language and written language.

Cynthia Puranik focuses on understanding early writing development — including assessment and instruction of early writing skills. She has explored both basic theoretical and highly applied research pathways to address questions pertaining to children’s emergent and early conventional writing. In addition, Puranik is the principal investigator for the Child Reading and Writing Lab (CRAWL) and an affiliate faculty of the Research on the Challenges of Acquiring Language and Literacy initiative at Georgia State University.