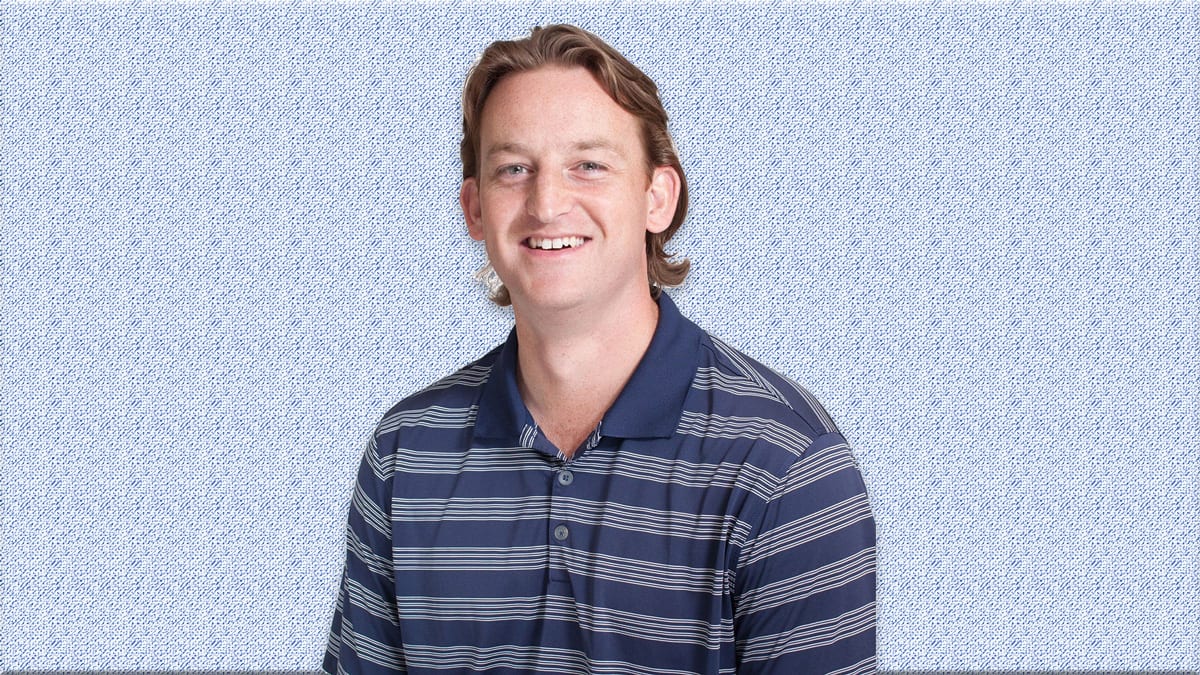 The Metro Atlanta Conference Division 1 Athletic Director of the Year for 2016-2017 was Georgia State University sport administration alumnus, Josh Burr (’08). As the athletic director at the Galloway School and founder of The-Skill-Factory, the Tyrone/Peachtree City native has carved a career working with youth athletes, after being one.

Josh was a multi-sport athlete at Macintosh and Fayetteville High School with dreams of playing Division I basketball. He earned a scholarship to play at Jacksonville State University in Alabama but transferred after a semester to Oglethorpe University in Atlanta. He earned his degree in Business Administration with a concentration in marketing and stayed to pursue his MBA. As he started the MBA program, he received a call from his former AAU coach that changed his career trajectory. He was offered a graduate assistant position at The Galloway School, which led to him attend Georgia State University and study sport administration. He was unaware that a program that combined his love for sports and business existed. He calls the opportunity “timing and luck,” because he would not have had the opportunity at Georgia State if he never received that phone call.

Josh started Georgia State’s sport administration Master’s program in Fall 2006. While finishing his last class before graduation, Josh had another opportunity arise; he was hired as the Assistant Athletic Director at The Galloway School, an independent school, with grades from preschool through high school. He juggled that job as well as being the assistant Men’s Basketball Coach at Oglethorpe University. He said, “Going the extra mile and sacrificing played a huge role in me getting the Assistant AD position.” While his friends were hanging out and going to parties, he would stay at the office and try to get ahead. His advice to young professionals in the field is to, “Work as hard as you can because you are interviewing every day for that job at your graduate assistantship.” His favorite part of Georgia State’s sport administration program was his classmates. The program allowed him to network with young professionals with a similar mindset which led to in-depth conversations. In sports, networking is a key part in your success. Josh believes Georgia State helped him expand his network to another level.

Josh’s success in developing youth student-athletes led him to be promoted as Athletic Director at the Galloway School in 2013. As an Athletic Director at The Galloway School, Josh is accountable for over 70 students and coaches. He is responsible for all the middle and high school athletic programs, and the primary point of contact in the athletic department. He has improved sporting facilities, and made enhancements in coaching development, and established strong relationships with the community. His outstanding leadership led him to be selected as The Metro Atlanta Conference Division 1 Athletic Director of the Year for 2016-2017.

In addition to his role at The Galloway School, Josh started his own company in 2011 – The-Skill-Factory. The-Skill-Factory is a student-athlete training and development organization that specializes in high-quality sports coaching and skill training programs. Josh’s idea was to create a foundation for students to keep improving their skills together after the school season. The company currently trains volleyball and basketball athletes, ranging from five-year-olds to professionals. The program focuses on long-term skill sets and becoming better athletes, while also giving back to the community. They partner with influential NBA players to host a week basketball camp, provide scholarships, travel to different cities to learn sport education and culture, and hosts volunteer days. Throughout the summer, some professional basketball players have even remained in town for workouts at The-Skill-Factory, such as NBA stars James Harden and John Wall.

Even with his job and business, Josh balances his time between work and his wife and two children. Outside of his day-to-day activities in sports, Josh enjoys watching college basketball. He has attended a handful of final four games, SEC Championship games, and SEC Basketball Tournaments. He is always thankful for the opportunities he receives and continuously gives back to the community.

As of July 2018, Josh Burr recently accepted the position of executive director at the Northside Youth Organization in Atlanta.

Start your sport administration career with us!