Melinda Rodriguez, alumna of our Communication Sciences and Disorders, discusses her time with the program 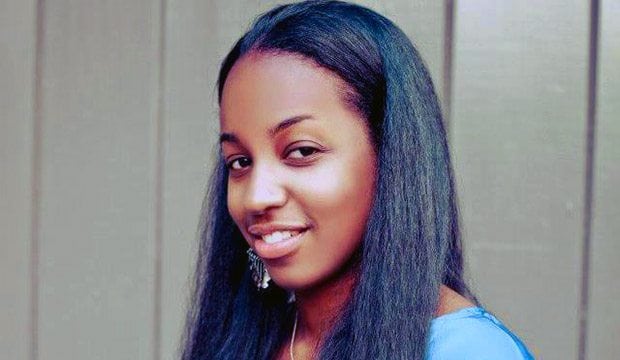 Melinda K. Rodriguez graduated with a master of science degree from the Communication Sciences and Disorders program. Originally from Atlanta, she earned her bachelor’s in elementary education at the University of North Carolina at Chapel Hill and a master of art in teaching English as a second language from Teachers College, Columbia University.

What made you choose the College of Education & Human Development in particular as well as Georgia State University?

After four years as a kindergarten and first-grade teacher in New York City, I decided I wanted to make a career change to speech-language pathology. I researched my choices and spoke with alumni from other universities, as well as from Georgia State University. They made it clear to me that Georgia State has everything I was looking for: an urban setting, the ability to work with diverse populations and, most importantly, the ability to be a part of a small program with a faculty and staff who would ensure I was well-prepared for the field.

Why did you choose the program you’re in?

In discussing the field with friends, they emphasized the importance of being in a program that would afford me a variety of opportunities to work in a number of settings. Some of my peers at other universities had to choose if they planned to work on the medical side of the education/school side of speech pathology.

In addition, I knew that I would be well-supported, yet challenged, which is also something that was important to me.

What are your research interests?

I am interested in understanding more appropriate and accurate ways to identify students with communication disorders.

More specifically, I am interested in researching language disorders in diverse language and dialect populations. The field is wide open in analyzing how to distinguish English language learners and African-American dialect speakers with language disorders from their typically-developing classmates. In classrooms across our country, these students are overlooked and misdiagnosed as having behavioral problems, learning disabilities or intelligence deficits. In being able to identify students with language disorders earlier, we know that we can address other difficulties that can develop from having a language disorder before the student falters academically.

Who has had the biggest influence on your academic and/or career trajectory at the College of Education & Human Development and why?

That’s a really tough question! I have gained a wealth of knowledge in each of my classes and from each of my professors. It’s difficult to say who has had the biggest influence without feeling like I am failing to acknowledge all of the meaningful things others have done to influence me as well.

However, I would say that Dr. Julie Washington has had the biggest influence on my academic career because she strongly affected me in the classroom and outside of the classroom. She has mentored me in conducting research and presenting posters at the Symposium on Research of Child Language Disorders (SRCLD) and at the National Convention for the American Speech-Language-Hearing Association (ASHA), but she also mentored me in planning for my career and possible future at Georgia State University.

What are your career goals?

I am interested in working in the field for a few years, preferably in an adult medical setting, while keeping my foot in the door by working in child language research.

What clubs, activities or hobbies do you have outside of the classroom?

I am a member of the National Student Speech Language Hearing Association as well as CommunicAID+Nation, a non-profit organization started here at Georgia State.

What has been the biggest challenge in your work as a student?

This is an intense program, so the biggest challenge has been to appropriately manage my time. I wear a number of hats as a graduate student, I hold a research assistantship, I’m an active participant in clubs and organizations, I’m a mother to two small children and a wife. It is a LOT to juggle, so time management is a top priority.

What is your favorite quote?

“It’s not enough to have lived. We should be determined to live for something. May I suggest that it be creating joy for others, sharing what we have for the betterment of person-kind, bringing hope to the lost and love to the lonely.” —Leo Buscaglia

Learn more about our program

Learn more about this program »